First, I must say WOW to the last 5 days.  Three friends have had babies and I’m over the moon with excitement for them.  Two in-real-life friends and one of my favorite blogger pals, Mindi, gave birth in the past week.  Congrats to these ladies and their already beautiful, perfect families.

We went a total of about 10 places and out of those 10, I have to say there was only 1 that gave us that “there’s-no-way-in-hell” kind of feeling.  Which was good, I guess, but not so good because we had a hard decision to make. While only one of the places was an absolute “no way,” most of the remaining places left us longing for a little more. Until last Tuesday.  We checked out a Montessori school and at that moment, it’s like everything just clicked into place.  Are you familiar with the Montessori method? One of our nephews has been going to a Montessori school for a few years and my sister-in-law loves it.  Initially, we thought we’d send Theo 5 days a week, which made us both a little sad to think about him and Dexter being separated so much.

When we read through all the info from the school, we realized that Theo would have 2 weeks for fall break, 2 weeks for winter break, and 2 weeks for spring break.  Not to mention 10 weeks of summer break, none of which are included in the cost of tuition. Because, you know.  You’re paying for the education piece, not the childcare piece.  There are camps when school’s out but the cost is additional.  Last Tuesday night, we met a friend’s babysitter (actually one of the mamas I mentioned at the beginning of this post) who is licensed and works out of her home.  She’s been in business for 8 yrs, has a full-time employee, and has a beautiful home.  It’s like we met her on the same day we toured the Montessori school for a reason.  All the pieces of the puzzle came together.  That night, we sat at the table for 2 hours figuring out our finances and how we could do this or that, compared various options, and finalized our plan. 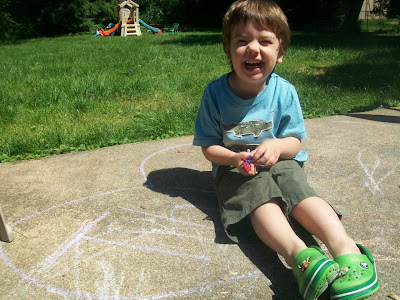 The home babysitter is affordable enough that we are able to pay for Theo to go there full-time in order to secure his spot, send Dexter there full-time, and then send Theo to Montessori just 3 days a week.  This arrangement relieves a lot of my concerns about them being too young and too close to be separated 5 days a week.  They’ll still be together more often than not, but maybe the bit of separation will help each of them to grow and adapt.  Maybe Theo will thrive at the school but appreciate having a couple of down days to spend playing with his brother and other kids at the sitter’s home. The good thing about paying for Theo to go to this sitter full-time is that we won’t have to make any separate arrangements or pay extra during those 16 weeks per year that school is not in session. 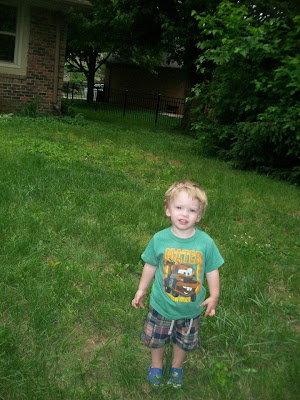 The school said we can bump up to full time at the beginning of any month.  The sitter said she is happy to watch Theo intermittently as long as she doesn’t go over her ratio (but if she does, that spells trouble and stress for us).  Ideally, I’d like to see Dexter go to Montessori at least part time when he’s 4 but it would be nice if he could start at 3 as well.  He’s just very different from Theo in a lot of ways that are hard to explain and I think Theo needs this now…would greatly benefit from this now.

A nice thing about our “plan” is that they will both go to the sitter for a little over a month before Theo starts school.  It will be plenty of time (I hope) for Dexter to get comfortable there and then when Theo transitions to school 3 days a week, maybe it will be easier on Dexter than if they just both started going somewhere new, apart, at the same time. It feels good.  It feels right.  I didn’t know if we would get to this point the first full week that we were searching. 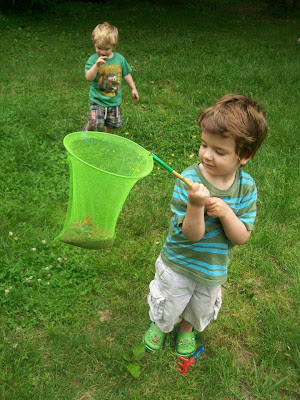 I’m still super sad about our sitter deciding to close, but we’ve communicated a great deal about it and plan to stay in close contact.  She’s become a part of our family, just as we have become a part of hers.  Theo knows a change is coming. We’ve been trying to talk to him about it without confusing him.  The first few days, he’d say “well, today was my last day.”  Now he isn’t saying that, but he’ll say “she’s not gonna babysit us anymore,” “she’s gonna do a different job,” “in [insert random number] days, it’s gonna be OVER!” (very dramatic, this kid), or he’ll say things about how he’s going to behave poorly at a new place (I guess to threaten us all with the consequences of this unfortunate scenario).  I really hope that’s not the case, but I’d be lying if I said I wasn’t concerned.  I know Theo is smart, but I think he’s probably a lot smarter than even I realize.

If nothing else, it will be very interesting to see how all of this unfolds.  As of now though, we’ve got a plan…for what that’s worth.