This month has flown by and I’ve only blogged a handful of times.  Why?  Been busy doing stuff.  Not the kind of stuff that matters to anyone but me and my little family, but the big stuff really is the little stuff, isn’t it?  The other day, the boys and I were sitting at the kitchen table when Dexter asked (while eating a clementine), “is Grammy coming to my house?”  I thought this question was out of the blue and I answered him, “I think she’s going to visit us pretty soon, but why do you ask?”  He said, “I want Grammy to come to my house and bring oranges.”  My heart melted.  Eating his clementine, he remembered that the last time my mom visited, she brought oranges and peeled and shared them with Dexter every day.  Toys, events, things, places…we try so hard to make the boys happy. To make sure that their minds are flooded with happy memories of their childhoods thus far. But what do they remember?  Grammy sharing oranges.  That’s the big stuff.  Here are some other big, not-so-big, things we’ve been up to this July.
Car Wash Night 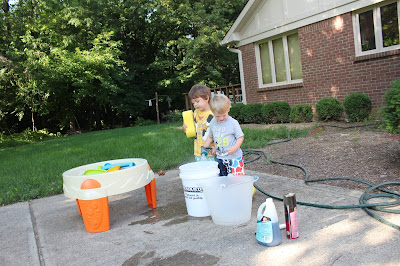 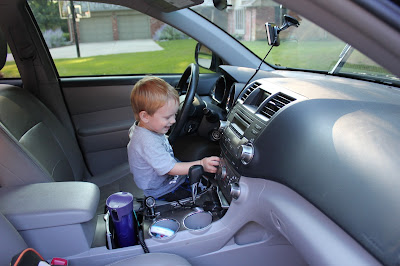 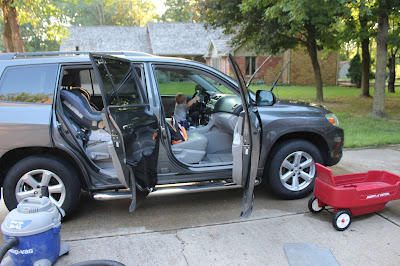 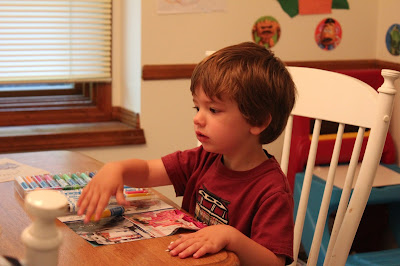 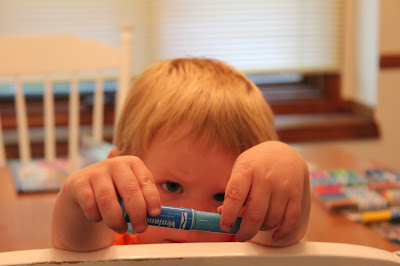 Finally got some sand for the sand box…which they have pretty much outgrown (but they love it anyway). 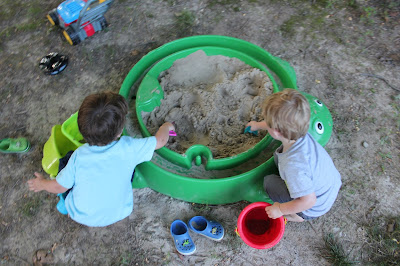 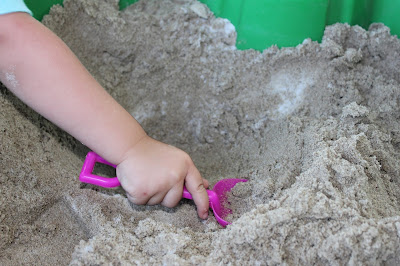 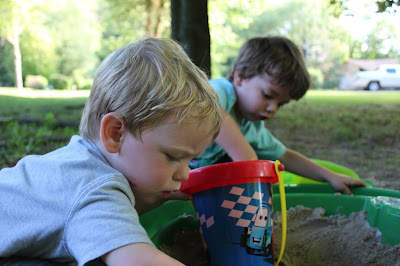 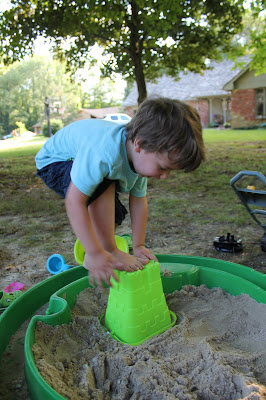 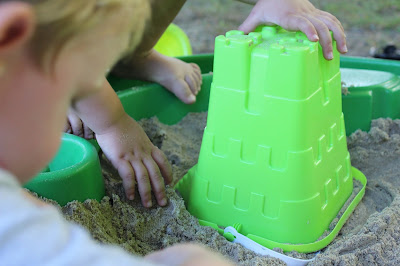 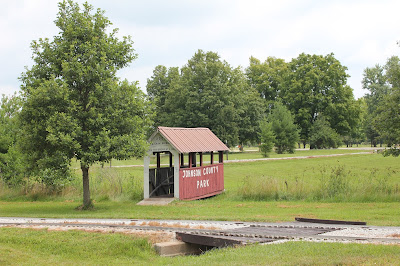 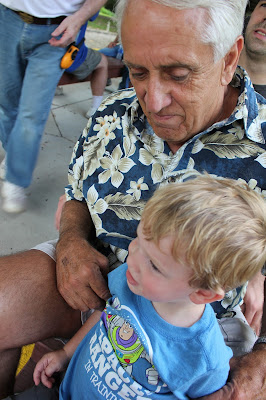 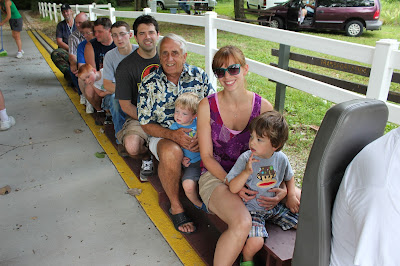 Mommy & Daddy had a double date to see Luke Bryan with friends. 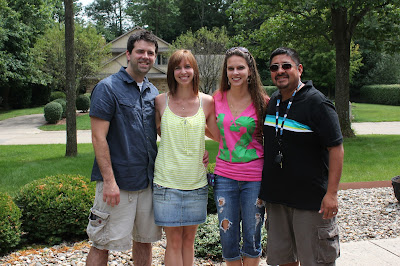 An after-dinner trip to the park on a breezy summer night. 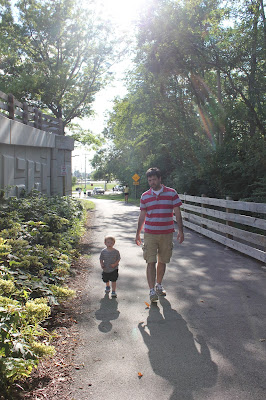 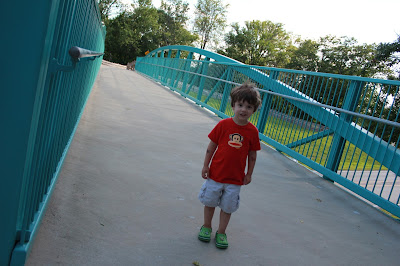 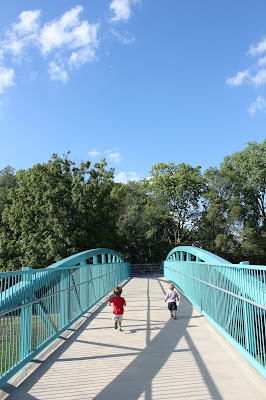 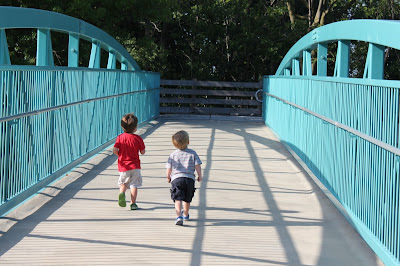 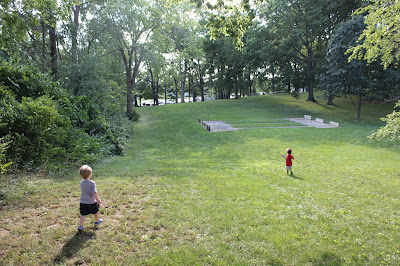 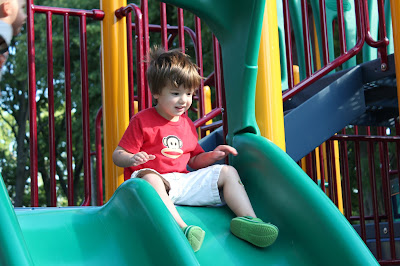 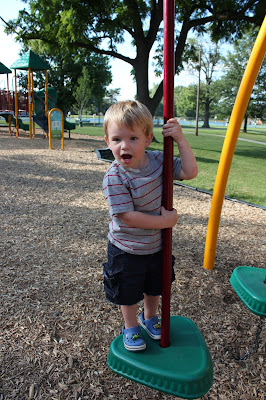 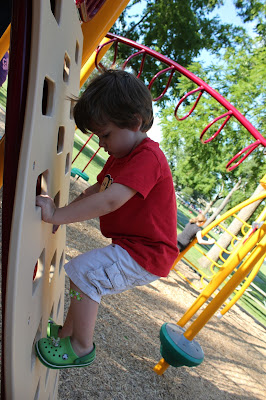 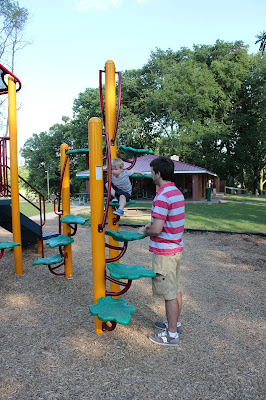 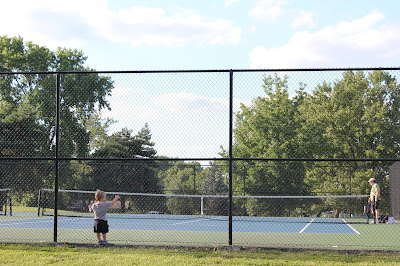 Hope you’ve been as busy as we have, just enjoying the little (big) things and making little (special) memories.

I’m behind on my monthly weight loss update, I guess because there’s not much to say.  Not a whole lot has changed, and that’s a good thing.

I started out in January with a goal of losing 20-24 pounds.  As of today, I’ve lost 27.  I’m very happy where I’m at as far as weight is concerned.  I’m staying in a 24-27 pound weight loss range.  What I’m not as happy about is that lately I’ve gotten lazy, so I know I will not be able to maintain my success if I don’t start doing something differently.

I’m still logging EVERY THING I eat in  My Fitness Pal, and that’s probably kept me on the wagon for the most part.  The problem is excuses. Lots of excuses.  It’s been unbelievably hot and muggy.  I’m addicted to watching an episode of Dexter every night after the boys go to bed. Work is crazy right now so I’ve been working from home at night.  I like ice cream in the summertime. Truth is, I was busy before and found, no MADE, time to exercise.  I’m still doing some, but nothing like before.

I did purchase Jillian Michaels 30 Day Shred.  I think I’ve done it four times in a month…not exactly gonna get shredded like that.  It was hard as hell and I could see why it works and gets such great reviews (from people that actually do it).  The last two times I ran, I was not able to run as long as I had planned, so that was disappointing.  Use it or lose it, I suppose.

So, I’m happy to be staying within my weight goal by managing my calorie intake appropriately, but it’s not really what I pictured starting out. I’ve not given up, it’s not over. I still have the desire and drive to keep going. I just need to get past this slump.  I still have our vacation in sight and am looking forward to wearing shorts and feeling good about it.  I look forward to not feeling fatigued from long days of walking.

I’m very much looking forward to continuing towards my goal.

I haven’t taken any progress photos and LORD KNOWS no one (ahem, husband) ever stops to take a photo of me, so here’s a recent pic of Ryan and I on our way to the Luke Bryan concert with some friends last Sunday night!  (P.S. SO FUN!) 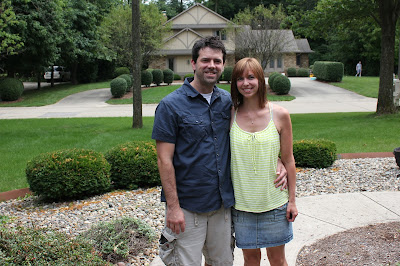 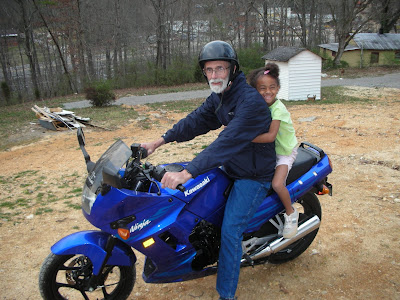 This is the time of year when the air gets hot and sticky.  The humidity is almost suffocating.  Going from the cool comfort of an air conditioned room to the outdoors creates a physical reaction that forces me to breathe consciously, rather than effortlessly.

When the weather gets this way, my mind wanders.  It feels like both a lifetime and just a minute have passed since that day. I picture myself standing there.  Mind whirring and body numb.  Realizing the magnitude of what was going on around me but unable to purposefully take it all in.  Knowing that this moment was one that I had pictured, had feared, for many months but unable to wrap my head around the fact that this day had arrived.  Unable to fully feel what I expected to feel.  We were about to watch as my dad’s casket was lowered into the ground and I was numb.  Cried out. Physically and emotionally drained.  Exhausted in every way. 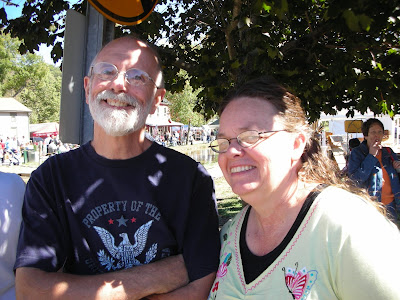 I wore a sheer white shirt with red and black flowers on it with a knee length black skirt and black flats.  I smiled robotically as relatives took family photos in front of the treeline at the back edge of the cemetery, atop the hill where my dad’s body lies today.  I repeatedly twisted my long(er) hair up in a knot with my fingers and held it there for a few seconds in an attempt to cool off before letting it fall again around my shoulders.  I stared off in the distance.  I hugged family members and friends and thanked them for their condolences.  What else can you say?  It’s okay? No. Because it’s not okay.

Just a week prior, I stood on the deck looking at him. Watching him. Waiting. He was working in the yard in the mid-July heat.  So many loose ends he wanted to tie up and things he wanted to take care of so my mom wouldn’t have to. He knew he was running out of time.  He changed the oil in my mom’s car less than a week before he died. He was a shell, literally a shell, of the man he once was.  Bones and skin.  Beyond thin.  Sickly.  I stood on the deck as he took a break.  He was wearing a hat and he sat in a chair in the yard just beyond the shed.  His head was down.  I contemplated.  Watched, waited.  Finally he moved and I breathed a huge sigh of relief.

I didn’t know that that was the last Saturday I’d see my dad alive.

So today, July 23rd, is always my least favorite day.  Not because I expect horrible things to happen.  But because as soon as the first day of July rolls around, I start thinking about it. Feeling it.  The humidity. The emptiness that a girl feels when she loses her dad at 27.  They say you “lose” someone that you love. Lost loved ones.  It’s the ones that are left behind who feel lost and abandoned. 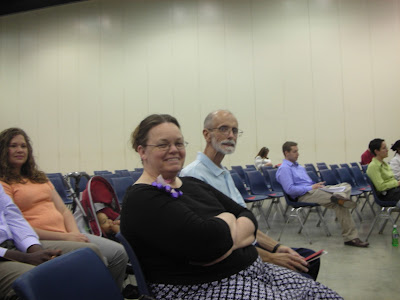 Most days are fine.  Most days I think about my dad in a positive, pleasant way.  It took a long time for those images of him being very ill to be replaced with better memories of happy times.  However, July pretty much stinks from start to finish.  Now I can look at a photo and know immediately when it was taken.  Before he got sick or after. But most days I feel okay. 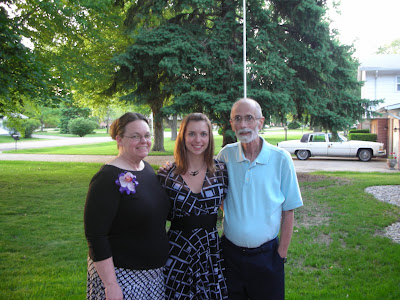 There are moments.  Sigh…it’s so hard to explain to people that have never been through it.  Talking about it with people who do understand, I mean REALLY understand, is such a breath of fresh air.  Anyway, there are moments that still get me.  It’s like finding out all over again.  Realizing all over again.  Something will happen – one of the boys will say something.  We’ll be out doing something he would have enjoyed.  Seeing a place he would have loved to visit.  A song will play on the radio.  I’ll catch myself telling a stupid joke that only I think is funny.  Those moments have the capacity to take my breath away, because I’ll remember and realize that he’ll never be here for that, to do that, to go there, to laugh at himself.  I know he’s been gone for 6 years, but sometimes it still takes my breath away like a solid punch to the gut. 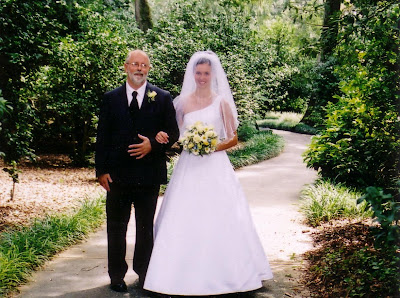 I don’t know how else to explain it or what else to say.  Have you ever missed someone so much it takes your breath away like that?