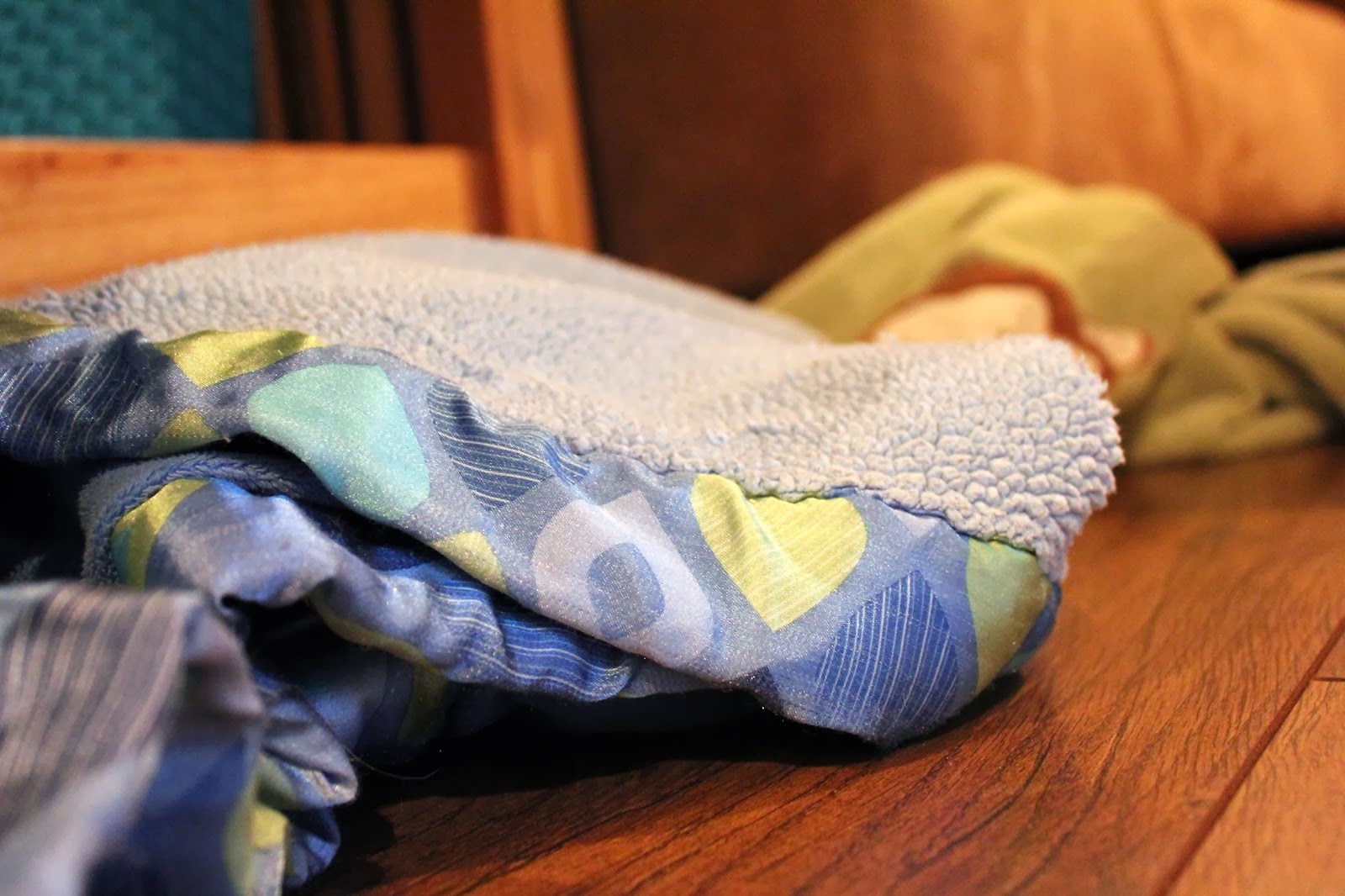 Behold, Kanka Blanka.  Or Kanket. Or Blue Kanky. Or Blue Banky.  Or a host of other options.

Whichever name comes out, we all know who he’s talking about.  Notice I said “who,” not “what.”  That’s because Dexter talks to his favorite blanket like it’s a human. Or one of his action figures.  If you heard him in the car, you’d think he was acting out a scene with little toys. Sometimes he says “I love you,” and from the front seat of the car, I’ll say “Aw, Dexter! I love you too,” only to be informed that he was talking to Blue. I bought this blanket at Walmart of all places (I never shop there) a day or two before Dexter’s first Christmas when he was just 7 months old.  We were at Ryan’s parents’ house and I ran to the store to get diapers or some other essential item and the blanket caught my eye.  Theo’s favorite blanket at the time was fuzzy like this, with satin trim along the edge, so I wanted Dexter to have something similar. 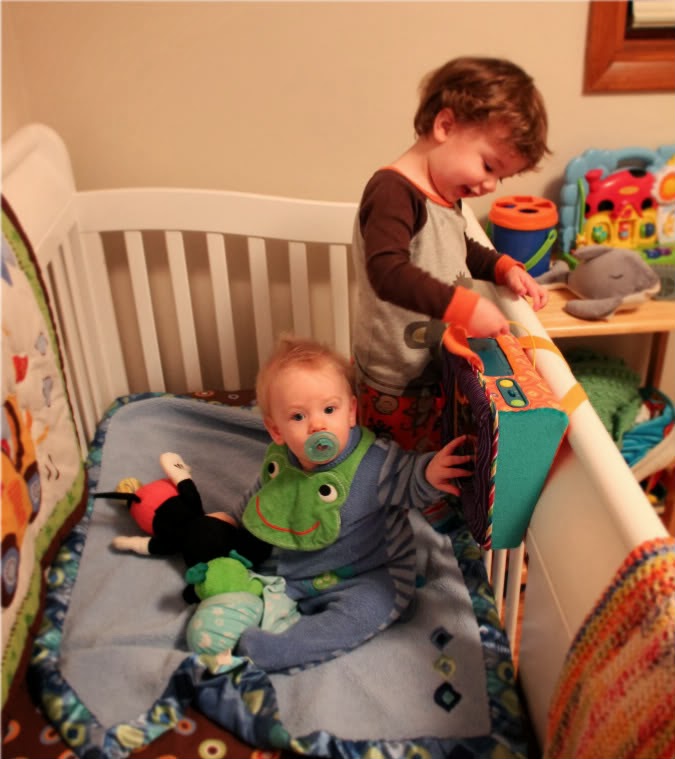 Blue Kanka Blanka about 2 years ago.

It quickly became a favorite and he’s only gotten more attached to it as he gets older.  It’s really funny.  He’s fine with leaving it in the car and doesn’t ever cause any problems. I don’t have any intentions of taking it away from him because he loves it, but also because it provides a lot of entertainment! 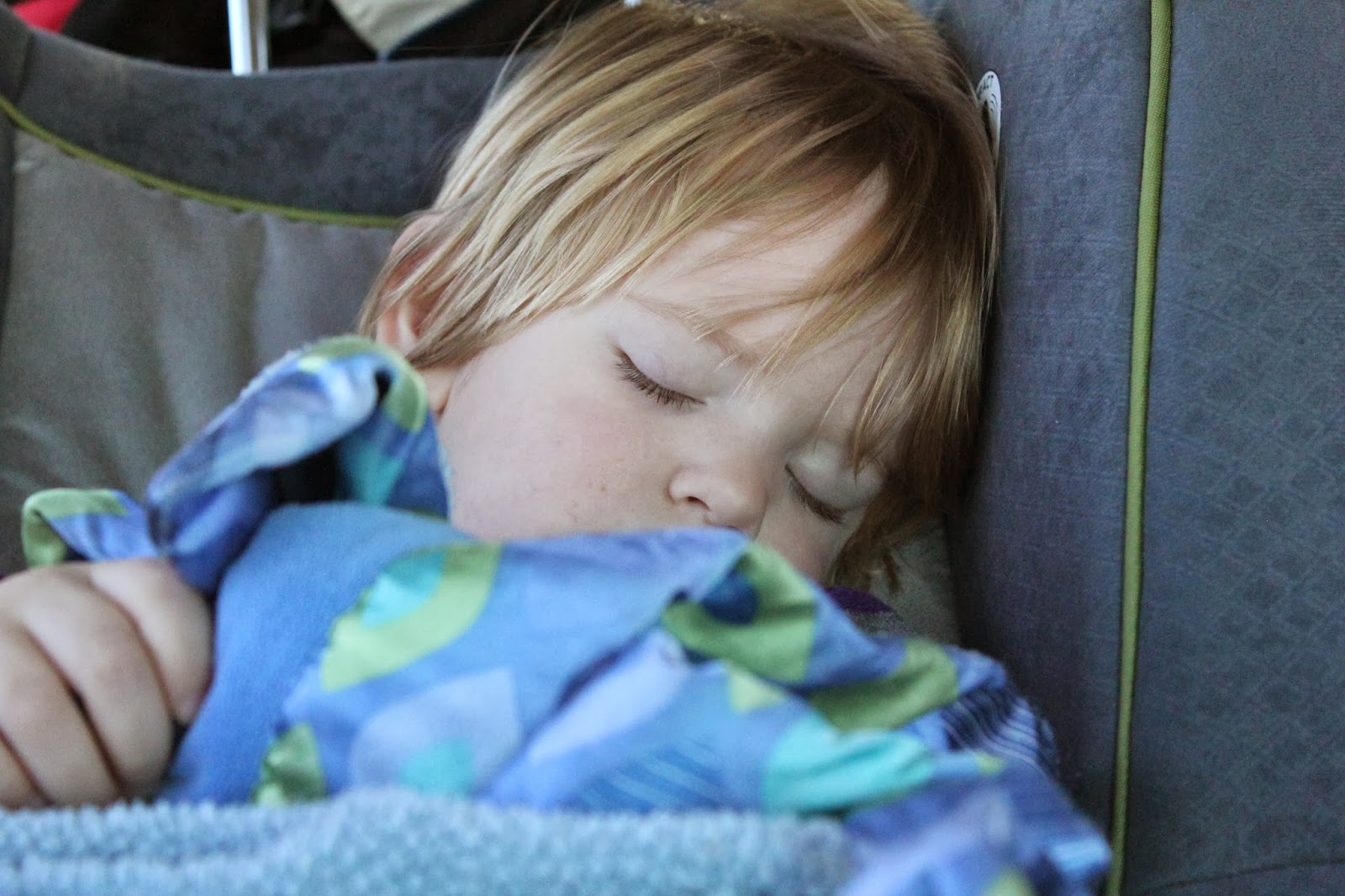 The other night Dexter and I were waiting in the car while Ryan and Theo went into a store.  Poor blue kanket went through quite an ordeal.  See, he lost his mom and dad, but the he found them. It was a stressful time, because you see, blue kanket’s mom and dad were hiding in the trash truck. Thank goodness blue kanket was reunited, but it wasn’t long before trouble struck again.  While blue kanket was getting in the car, he hit his nose on the door and it started bleeding. So naturally, we had to take blue kanket to the hospital for a shot. In the nose. Ouch! Blue kanket said that it hurt pretty bad but afterwards, it felt better.  The really bad news is, though, that through the whole hospital ordeal, blue kanket lost his parents. AGAIN. Apparently blue kanket’s mom is red and his dad is … blue of course.  Oh, blue kanket. You’ve been through so much.  I’m not too sure if or when blue kank found his folks the second time or not because Ryan and Theo returned and interrupted our story.  Once Theo was in the car, Dexter and I told him what happened to blue kank while they were gone. Theo has asked me to re-tell this tale several times. Funny. Love that Dexter’s little personality and imagination are emerging and so silly. 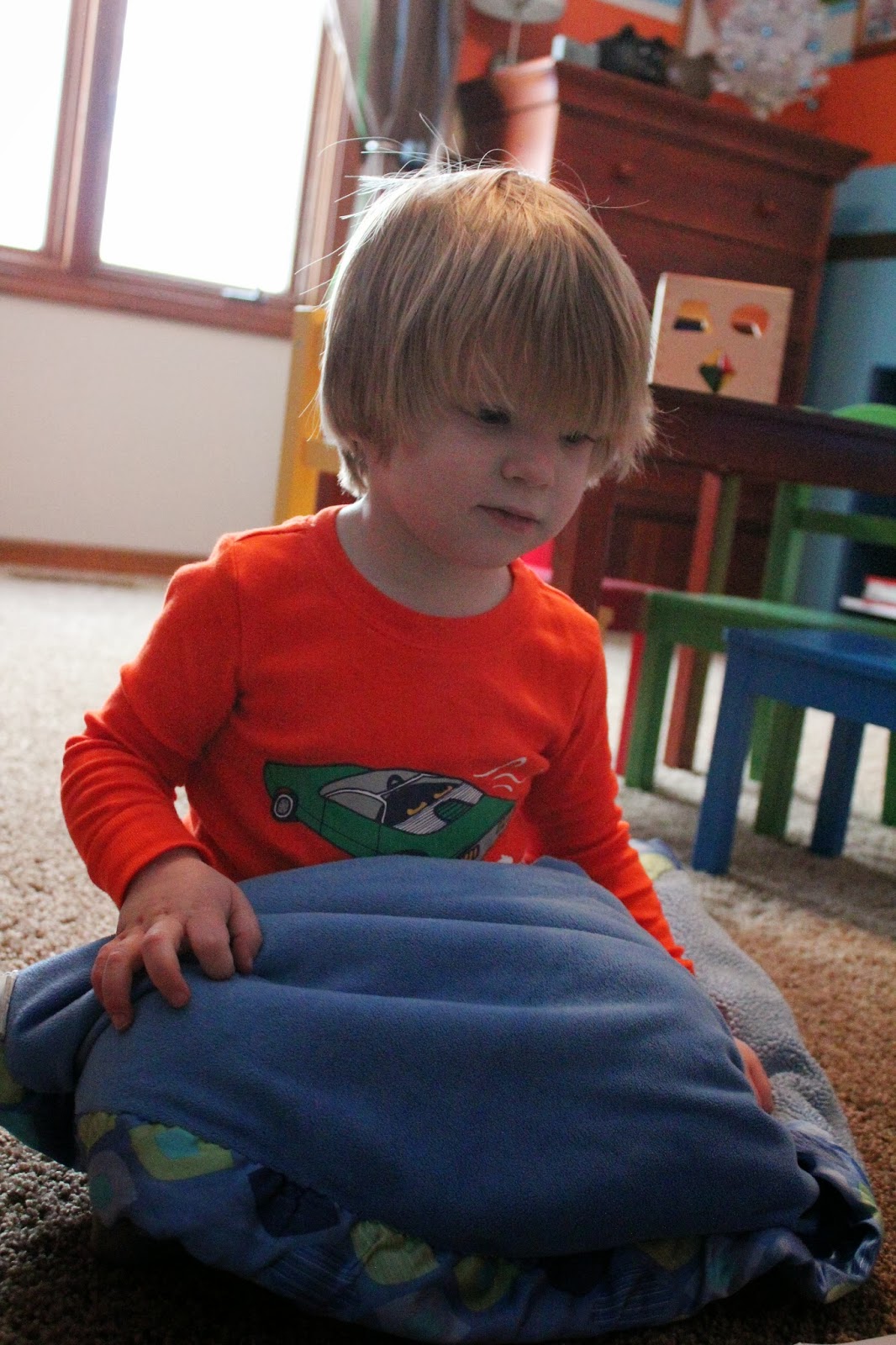 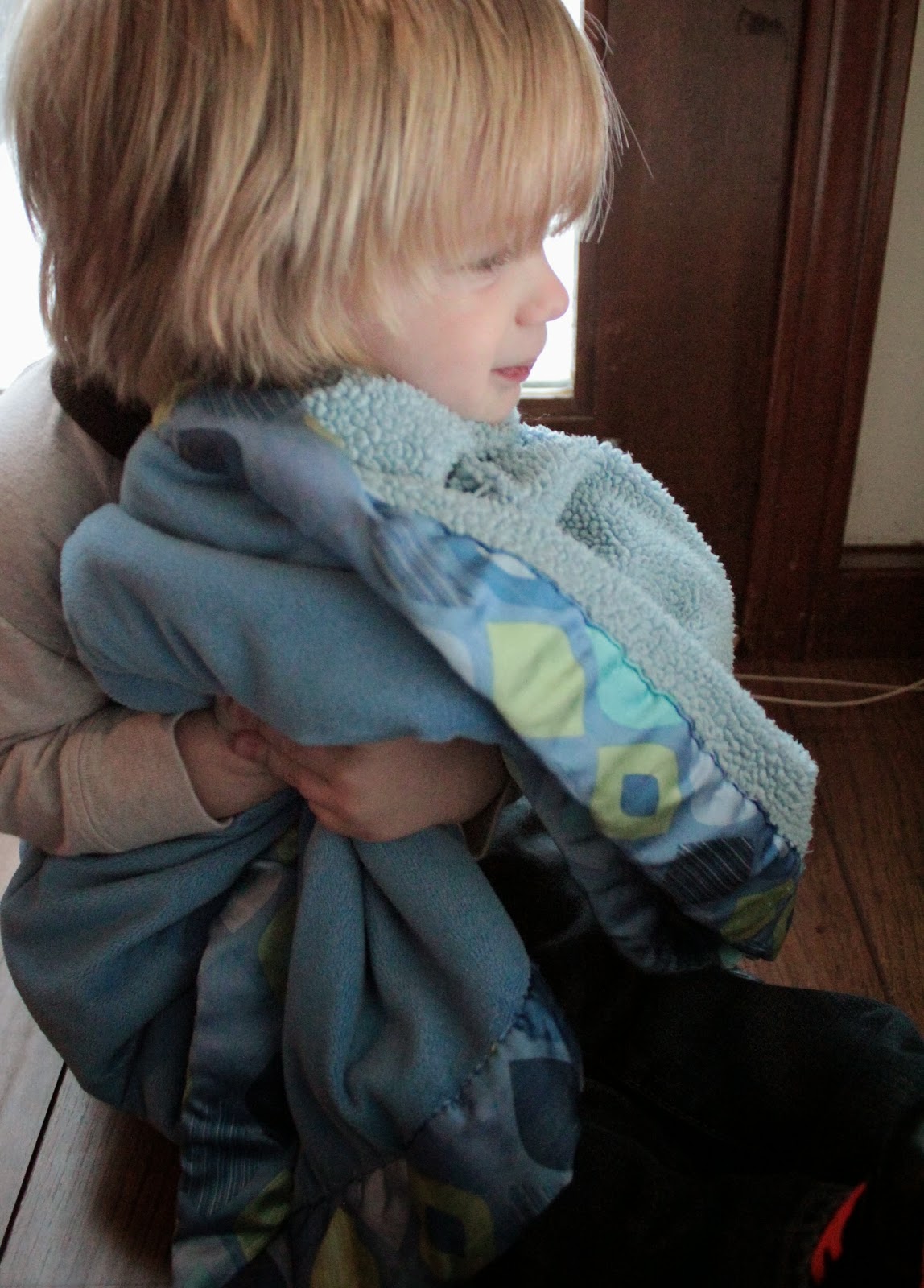 Does/did your children have a security blanket?
xo,
~C~