I’m linking up with Melissa at Growing Up Geeky.  This week’s topic is birth order.
My older sister and I are just about exactly 2 years apart.  I don’t know if birth order affected our personalities or not.  We’re a lot alike.  We’re both quiet until we get to know people, then we are loud, talkative, and joke around a lot.  We’re both very sarcastic.  Neither of us are super Type A personalities.  I probably am more Type A than she is as far as having anxiety when things aren’t organized, planned, or in their places.  I like to plan ahead but I can also go with the flow at times.  I know that she had tighter curfews starting out than I did when we were teenagers.  I was friends with most of her friends so by default, I got to stay out as late as she did.  I think she was 15 (16?) before she was allowed to date and I was maybe just a year younger or so because we would go on double dates when I was too young to drive.  Outside of that, I don’t know that there were any major differences growing up.  I never noticed our parents babying me or treating me differently.  We did fine in school – didn’t get straight As but did better than average overall.
My boys are only 14 months apart.  I think about this – how their birth order affects their personalities (and even development) – quite often.  Theo has always been and will always be the oldest child I have.  He always, always, ALWAYS seems so much older at his current age than Dexter does when he reaches that same age.  From day 1, I’ve had different expectations for Theo than I do for Dexter.  I am aware of it, but I don’t know how to control it.  Theo is my gauge for what a 2 and a ½ year old should be doing.  Theo is my gauge for what a 1 and a ½ year old should be doing.  If Dexter isn’t doing everything Theo was doing at xyz age, then I start to worry.
I also realize now what is realistic for a however-many-month old and a however-many-year old more with Dexter than I did/do with Theo.  I don’t go into a complete panic over giving Dexter sweets like I did with Theo because I know now that they are not going to ruin him and make him never want to eat vegetables again.  There’s no anxiety over still giving Dexter warm milk at night because I think he’ll still want it before bed as a teenager.  I don’t get bent out of shape thinking that my youngest child is going to be a hellion if he throws a fit or doesn’t cooperate.  Am I doing things or worrying about things with Theo now that I won’t with Dexter a year from now?  I don’t know.  I am still learning how to be a parent every day.  Theo is teaching me this month how to parent a 2 yr 8 month old child – I’ve never done it before, but you can bet I’ll use this learning experience 14 months from now when Dexter is 2 yrs and 8 months old.
Did/does Dexter get ripped off on framed pictures and Shutterfly photobooks?  He sure does.  Are 99% of his shoes and clothes hand-me-downs?  Sure are.  Do I find myself telling Theo to look at things at the zoo or store or out the car window, without thinking that Dexter is old enough to appreciate it too?  YEP.  I try to catch myself and include Dexter, but he is still my “baby.”  The baby in our family.  I think of him as being younger than Theo was at the same age, and maybe I always will.  Theo leads the way.  Dexter plays with the same toys Theo plays with.  I have a million ideas for Christmas gifts for Theo and only and handful for Dexter.  I know that they will both play with whatever I buy, but Dexter literally does WHATEVER Theo is doing.  Dexter has no identified & unique interests of his own.  I’m sure that will change as he gets older.  Right?
Truthfully, I do treat/view them differently.  Of course it has nothing to do with loving them differently, but it just is what it is…Theo is my big boy and Dexter is my baby.  At any age. Hopefully I’m not giving either of them a complex in the process of raising them!

Linking up with Melissa at Growing Up Geeky for Toddle Along Tuesday.  This week’s topic?  Mama’s Christmas wish list!
﻿ 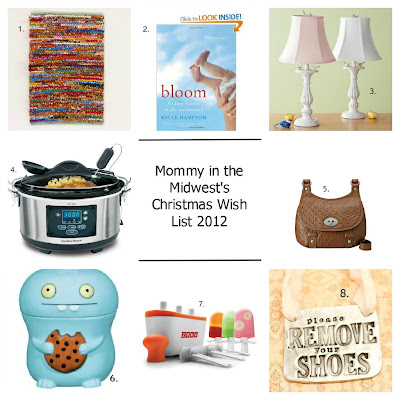 1.  3×5 Chindi Loop Rug from World Market.  Two or three of these would look cute in my soon-to-be new kitchen.
2.  Bloom by Kelle Hampton – a memoir written by a mama blogger who has 2 daughters (one with Down Syndrome) and a baby boy on the way.
3. Early Bird lamp (in white) by Land of Nod for my nightstand.  Yes, it’s a child’s store. Don’t care.
4.  Hamilton Beach Set n Forget 6 Qt Programmable Slow Cooker (amazon). I’m falling in love all over again with my crock pot but truthfully, it’s pretty junky.
5.  Fossil Maddox Flap Crossbody bag.  Self-explanatory.
6.  Uglydoll Babo Ceramic Cookie Jar (amazon). The boys each have their own uglydoll and I thought this would be a whimsical addition to the kitchen.
7. Zoku Quick Pop Maker (williams-sonoma).  This just intrigues me! I think I saw it on someone else’s blog quite a while ago.  I don’t know how much I would use it, but it would definitely be a fun way to make sweet & healthy treats for the boys (and maybe myself).
8. Remove Your Shoes wall hanging by Lisa Leonard.  Ya know, because we have new carpet and all.  And really?  What DON’T I want from Lisa Leonard?
What do you want for Christmas?  Have you started making a list?
And has anyone else tried the Zoku?  Thoughts?
happy shopping,
~C~ 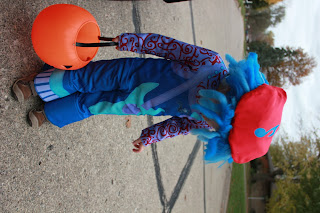 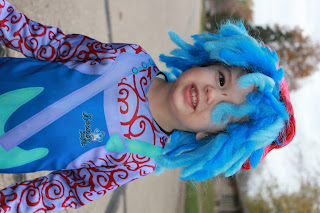 Rooney Doodle from the Doodlebops 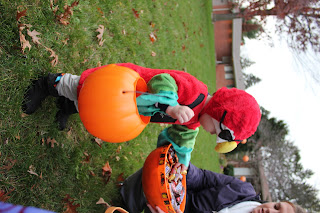 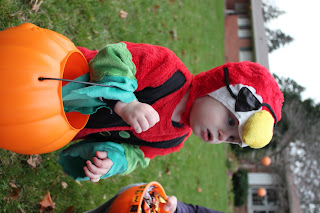 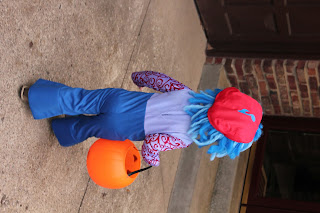 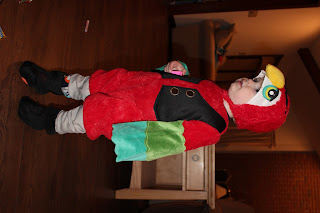 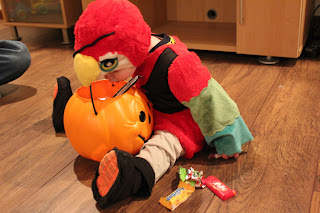 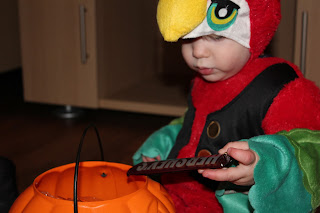 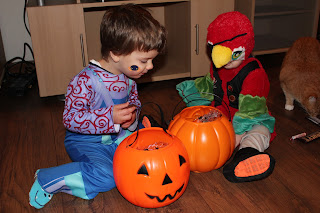 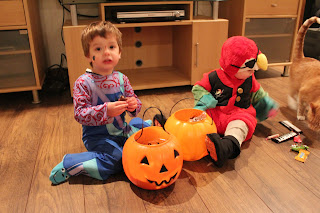 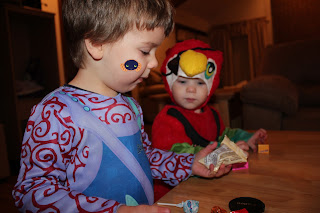 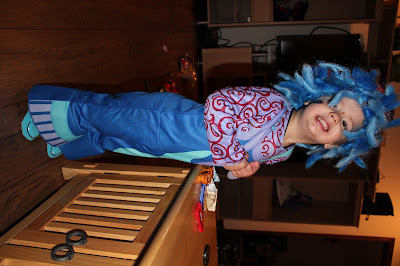 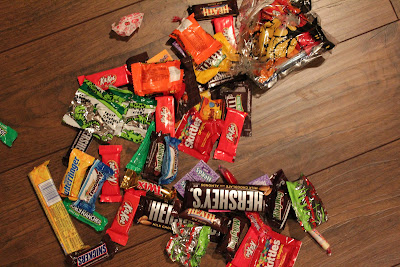 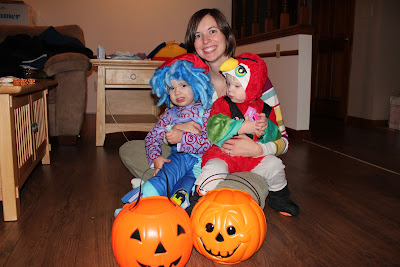 The boys had a great time in their costumes and just loved going door to door.  Theo was excited last year but even more so this year.  Dexter just went along for the ride and had fun carrying his bucket.  It got really heavy but he would not let me hold it for him.  Too cute!
Ugh… now the not so great news.  I’m just sick about it and can’t stop thinking about it.  We went to our old neighborhood to go trick or treating.  We closed on our old house on May 31st and neither Ryan nor I had driven back by the old house.  It’s just been too sad … we’re homesick for that little house after everything we’ve been through.  Also, we didn’t want to confuse Theo by going by there before we moved in to our new place.  Oh, did I tell you?  WE MOVED INTO OUR NEW PLACE!  That’s another post.
Anyway, we went to the old ‘hood and drove by our house (it looks lovely) and by our next door neighbor’s.  The lights were not on, but it was right at 6 so we thought maybe they just hadn’t turned on their light yet. We went up a couple of other streets. Theo really was so cute, saying over and over “isn’t this fun, Mom?  Getting candy is SO fun!”  His face lit up every time someone put more candy in his bucket.  By 7 we made our way back over there.  Kitchen light was on but not the porch light.  We went to see another neighbor across the street and learned that our dear neighbor, Roger, is terminally ill with liver cancer.  HE HELPED US MOVE at the end of May.  Needless to say, we went over there and visited.  He is about 50ish and has lived there with his mother, who is close to 90.  We thought if anything had happened, his mother would be the one to have fallen ill.
Guys… Roger.  Oh my goodness.  He was lying there in his hospital bed.  His entire body swollen, his face gray.  He looked just awful. Let’s just say he looked bad enough that I’m checking a certain section of the paper every day. The boys just stared at him.  Theo talked to him.  Roger told us we were wonderful neighbors and that he loved us.  He said he’d tell his mom to make sure to call us when he died. Seriously?  A night of fun and merry-making turned into THAT.  That quick.  Just as quickly as his health deteriorated.  It’s a huge reality check and such a heart-breaker.  Anyway, sorry to be a party pooper. But that’s what I think about when I think about Halloween 2012.
Linking up with Melissa at Growing Up Geeky!
xo,
~C~